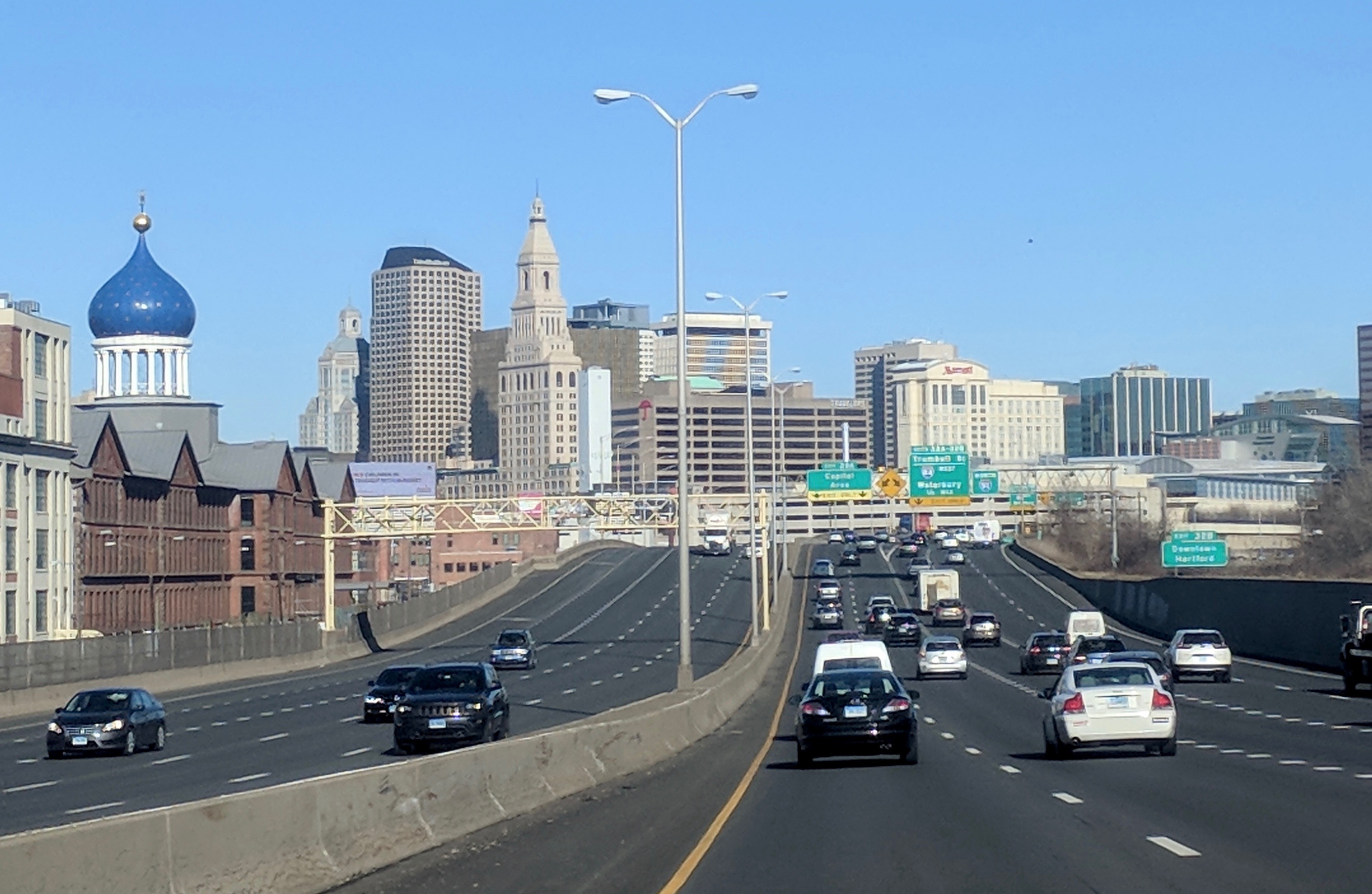 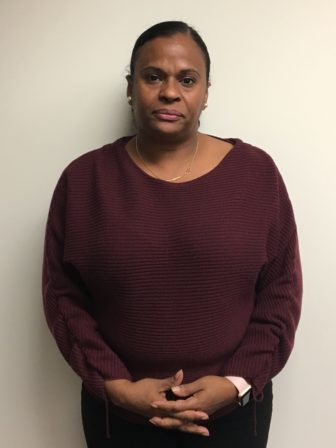 Public parks, playgrounds and open, outdoor spaces are scattered throughout cities and towns across Connecticut. But Bridgeport mother Elman Rodriguez does not feel safe letting her children play in any of those spaces near their home.

“Anything that I want to do with my kids, I do it outside Bridgeport,” Rodriguez said. “I won’t take my kids to the parks in Bridgeport because when we did go when they were smaller we found needles and condoms on the ground.”

Rodriguez shared her experience during the second round of “Community Conversations” convened by the CT Mirror to seek input from groups of people from around the state about issues impacting their lives. The first round took place in October, prior to the election.

The participants in the community conversations held earlier this month shared a common circumstance or stage of life: University of Connecticut students in Hartford, Bridgeport-area parents, people who qualify as ALICE (Asset Limited, Income Constrained, Employed) in Waterbury, and New Haven-area adults who are living with mental illness or have family members with mental illness.

Each conversation centered on the impact that revitalizing Connecticut’s major cities would have on the state as a whole.

At the community conversation in Bridgeport, Rodriguez and several other parents discussed the impact that revitalizing Connecticut’s cities – including making their parks safe for children – would have on residents young and old.

“In the end, everybody is better off because hopefully people will get off some of the state aid because now there’s more jobs, towns will have more people in them and provide better education,” said Kerry Whitman of Stratford. “It will increase revenue for all towns and all areas surrounding cities and can only be a good thing.”

At meetings held in the four Connecticut cities, residents agreed that improving the state’s transportation system is the first step to revitalizing cities.

“Fixing up the train station in Waterbury would be the first step to revitalization,” said Lisa Ferrucci, who lives in that city. “It’s a mess.”

Dan Pflug, of Easton, agreed that Connecticut’s cities should follow the example of Stamford, where new apartment buildings, affordable housing and bike lanes were built up around the train station.

“Just starting to do some of those things – rebuilding around the train station and improving the look of the overall neighborhood – will attract new business and development,” said Jamie Banks of Bridgeport.

In addition to transportation, providing activities and gathering places for college students who attend schools in Connecticut could help change the feel of urban downtown areas – and provide incentives for them to stay in the state after graduation. 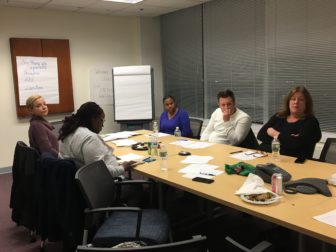 Bridgeport-area parents meet to discuss the revitalization of Connecticut’s cities.

“I think a lot of the kids are into condos or the revamped old buildings, but you have to have something for them to do and entertainment that they would appreciate so we can keep them here in Connecticut and work at the businesses we have here,” said Terry Felton of Torrington.

Students at the University of Connecticut in Hartford agreed the state should focus on revitalizing neighborhoods surrounding the capital city’s downtown area.

India King, who is originally from the North End of Hartford, said bringing jobs and further resources to those areas will be an important part of advancing the state’s economy.

“We are too busy being focused on downtown, nothing is going on in our neighborhoods,” King said.

“I feel like having attractions such as that will bring in greater population and that would help grow the economy,” Pan said. 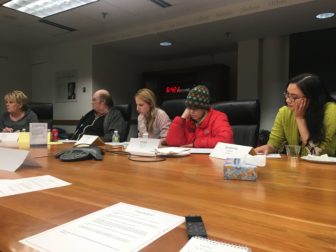 Local residents convene at the Community Conversation in New Haven.

New Haven resident Samantha Shapland said that city currently feels like it is designed for those affiliated with Yale University. Revitalizing it should change that, she said.

“If there were more small businesses that were … affordable enough for people who actually are from here and aren’t Yale students, if there are places like that for people to go to,” Shapland said.

“There’s a pilot out of making recovery-friendly communities and if we did that, that would decrease substance abuse, decrease crime, decrease overdoses, decrease need for rehab, and make a more compassionate community,” Johansson said.

Although revitalization efforts are often focused on cities, participants at all the meetings agreed that improving and expanding transportation and businesses in cities would benefit all the surrounding towns. Therefore, many individuals thought taxpayers across Connecticut should be on the hook when it comes to financing revitalization efforts.

“I think all towns and cities in the state should contribute because if one city goes down, so will another,” Sandy Phair of Torrington said.

In other words, the cost burden cannot be placed on the cities alone, the whole state must find a way to pay for the improvements.

“I don’t think our towns stand alone. We play a role in the cities around us,” said 21-year-old Maribel Rodriguez.

“Everyone across the state should bear the responsibility and costs of addressing the challenges in New Haven because everyone is interconnected,” Talbot said. “Also, having a city does bring in a lot of tax revenue, jobs, museums, different communities you can get involved with—a lot of things that benefit people even if you don’t live in New Haven you can access it.”