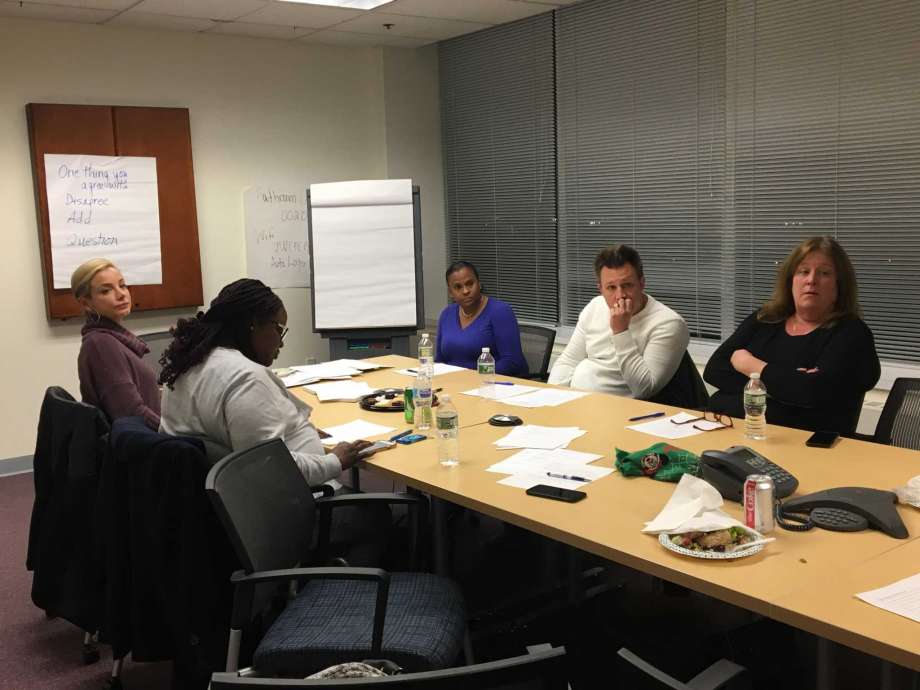 Focus group: Bridgeport needs to play up its assets

Dan Pflug doesn’t visit Bridgeport much, but when he passes over the city on Interstate 95, its abandoned buildings strike him as a missed opportunity.

The Easton resident said adding amenities, such as more housing — and maybe even bike trails that people could use to commute to the train station — could help.

“I don’t want to be all negative about Bridgeport,” he said in a recent interview. “They added the Stress Factory (comedy club) and a few nice restaurants, so they are doing things.”

But, Pflug said, the city could do more.

That was the feeling of many people who took part in a focus group discussion organized by the CT Mirror in December.

The focus group, in which Pflug participated, was one of several that took place to discuss the state of Connecticut’s cities. The Bridgeport focus group included city residents, as well as those from the neighboring towns of Easton and Stratford. The group discussed the state of development in Bridgeport, and areas where it can improve.

During that discussion late last year Pflug pointed out that Stamford built up the area around its train station, adding businesses, such as Fairway Market, and housing. “Maybe Bridgeport could use that model and really get it going,” he said.

A few focus group members pinpointed the train station in Bridgeport as an untapped opportunity for development.

“I’m surprised Bridgeport hasn’t capitalized on its location with the train station right there,” said Jessica Racaniello, of Stratford. “That’s what Stamford did. They capitalized on the high cost of New York City. They built and (people) came.”

She pointed out that, as people get priced out of Stamford and other big cities, they might be looking for new places to live. Bridgeport, Racaniello said, is a possibility.

One of the other panelists, Jamie Banks, lives in Bridgeport but is a Norwalk native. She said during her interview that Norwalk is yet another city that Bridgeport can learn from. Banks said Norwalk built up the area around its train station, and has vastly improved as a result.

“They replaced a public housing complex with this new development and it looks really nice,” she said.

When contacted by email this month, Banks added that there are obstacles to a Bridgeport renaissance, crime among them. But she stood by the idea that building up around the train station could help the city. “Clean up the eyesores in those areas and begin rebuilding and creating jobs,” she said.