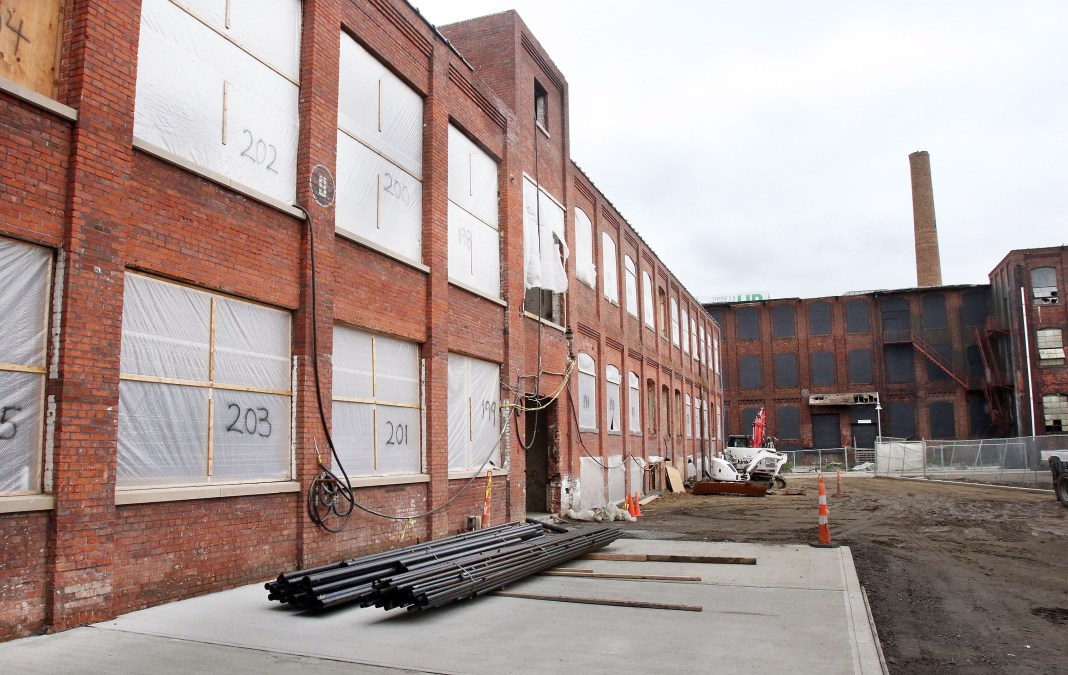 In Bridgeport, a former factory is being transformed from blighted property to a model of revitalization 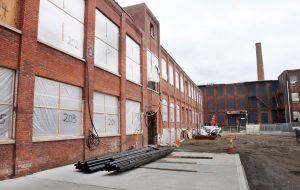 BRIDGEPORT — Gary Flocco, managing partner of Corvus Capital Partners, excitedly spoke over the sound of power tools and the shouts of hard-hat clad builders working in the concrete hallways of the former Graphophone Co.

“We see ourselves as catalyst developers,” said Flocco, speaking under caged light bulbs strung above piles of pipes. “We’ll come to an area that needs a big lift, we couldn’t come here and build 25 units. That will never happen.” 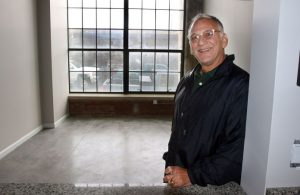 Gary Flocco, developer, stands in on of the apartments he is building at a Brownfield development on Howard Street in Bridgeport Tuesday.  Steven Valenti Republican-American

By July, the three stories in the 70,000-square-foot building facing Howard Avenue and Cherry Street will have been transformed into a 725-student charter school. It’s one part of an ambitious brownfield remediation and revitalization project Flocco and his firm Corvus Capital Partners have undertaken in the city’s West End with home-development partner The Pacific Companies.

They are in the process of remediating the 245,000-square-foot block that once belonged to Graphaphone and other manufacturers. It will be developed into a mixed-use facility. Corvus also owns adjacent property to the west, down to Fairfield Avenue, and two lots on State Street. Remediation began in 2016.

“This is part of a whole master plan. By the time we’re finished here we’ll have over 1,800-units, we’ll have about 200,000-square-feet of retail space in addition to what we have here, we’ll have a charter school, we’ll have a medical facility, offices,” said Flocco. “We’re rebuilding a community.”

Investments in the neighborhood will total nearly $1 billion by the time construction ends in six or seven years.

Flocco said the sheer scope of the project and a multitude of state and federal incentives make the project profitable.

“We’re building this square block out,” said Flocco, his voice echoing off the barren halls of the future charter school. “We’ll have 400 units in this block, we’ll have the school. Once you have 400 units, that could be 1,200-people, so that means now you need the grocery stores, the dry cleaners, all the in-fills. It kind of all happens together.”

One-hundred and fifty-seven units are being built in the project’s first phase, 29 of which are already inhabited and the rest of which will be fully-occupied by August. The apartments include smart-home features like lights, speakers and air conditioning that can be controlled remotely via smartphone. There’s a clear line of demarcation between the redeveloped area and the broken factory windows pockmarking the blighted buildings that have yet to be restored by the 220-person construction crew.

“For us, the brownfield money was the first and most important money that came into the site because to get all the other investors they want to make sure there’s a clean site here and you have the means and methods to do that,” Flocco said.

Flocco and his business partner Geof Ravenstine of Roxbury have built a career on combining various forms of private and public funding to make redeveloping brownfields affordable.

The project is being financed by low-income housing tax-credits, state and federal historic tax credits, different forms of tax exempt bonds, money invested by the developer and federal Finance Adjustment Factor funds, distributed from the U.S. Department of Housing and Urban Development to states for use on affordable housing projects. 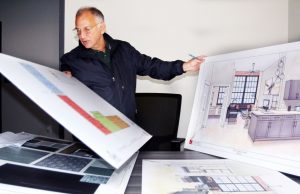 Gary Flocco, developer, goes through artist renderings of the apartments he is building at a Brownfield development on Howard Street in Bridgeport Tuesday.  Steven Valenti Republican-American

“These deals are a pain to finance,” Ravenstine said. “It’s not uncommon to have 10 elements in your capital stack.”

A condition of the state funding is the apartments have to be sold at 50, 60 and 80 percent the medium area income. The first 157 were filled in eight weeks.

“We had days where we rented 12 apartments,” said Ravenstine, explaining that demand far outpaced their expectations. “It was just a phenomenal success.”