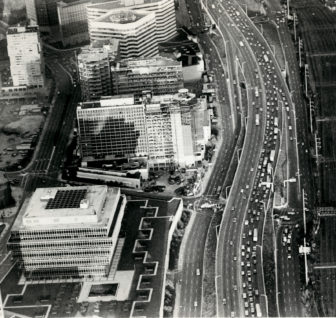 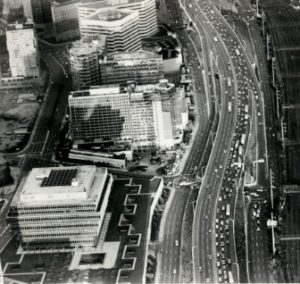 Bolstered by hefty public subsidy, a spate of development projects dots the capital region with the aim of revitalizing neighborhoods, bridging communities and putting more feet on the street.

Lawmakers now want to extend that opportunity to the rest of the state.

Tucked away in the budget bill is a provision to form the Municipal Redevelopment Authority, a quasi-public agency that could bond for city and town development efforts across Connecticut. The projects must be concentrated downtown or within a half-mile of a transit facility.

The agency is modeled after the Capital Region Development Authority, another quasi-public group that for years has provided loans and investments for projects in and around Hartford. Among the developments that CRDA has backed are an overhaul of the aging Dillon Stadium, an elaborate food hall in Hartford’s Parkville neighborhood and housing units north of the capital city’s downtown, part of a new community rising on a desolate stretch of land.

“It’s been a shining success in the city of Hartford,” said House Speaker Joe Aresimowicz, a key supporter, “so allowing other municipalities to get involved in that is something we’re very excited about.”

Legislators have set aside $500,000 in each of the next two fiscal years to launch the Municipal Redevelopment Authority. To qualify as a member community, cities or towns must demonstrate they are in financial distress or have a population of at least 70,000. Two or more municipalities with a combined population of 70,000 can apply to become joint members.

The idea is to spur transit-oriented development, the revival of a town’s core business district, new or rehabilitated housing and the demolition or redevelopment of vacant buildings.

Officials in member communities would have to appoint a local board to oversee the efforts and serve as a liaison to MRDA. Bonds issued by the authority would not count toward the state’s bond cap. The bill does, however, make Connecticut liable for any debt the authority cannot pay.

“There’s a recognition that the Capital Region Development Authority’s model has the type of flexibility municipalities are looking for,” said Michael Freimuth, executive director of CRDA. “It’s not program specific. It’s more deal specific, and it’s therefore more apt to be adapted to the particular needs of any one city or project.”

Under the legislation, CRDA could be called upon to provide administrative support or shared resources with the new agency. MRDA’s 13-member board would consist of eight appointed directors and five ex-officio, non-voting representatives.

Board appointments, to be made by Gov. Ned Lamont and legislative leaders, must be done by Nov. 30. The agency would be established in January 2020. The budget bill was being debated in the House late Monday.

A previous effort to create a Municipal Redevelopment Authority failed in 2017. That proposal contained a controversial section that would have allowed the group to condemn or seize private property.