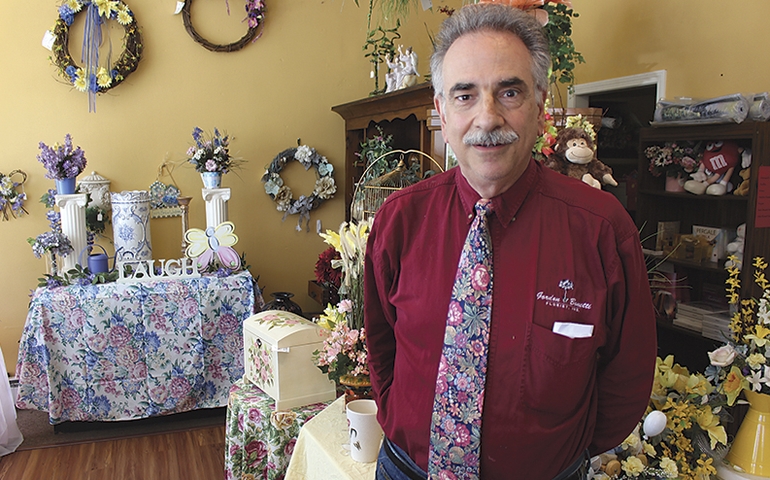 For years, John Tornatore chafed at the high personal and real estate property taxes the city of Hartford levied on his South End flower shop.

In the mid-2000s, Tornatore was fed up with the steep impacts  of a revaluation and ready to move his enterprise with roots to the days when gunmaker Colt’s dominated the city’s economy.

But then former Mayor Eddie Perez presented him an opportunity he felt could financially save the city — and his business.

Perez sat Tornatore and more than a dozen other city residents and business people on a panel charged with identifying ways Hartford could save money while enhancing its revenue-raising opportunities.

This is the first of a series examining various ways Hartford might reduce its high  property tax rates.

But rather than embrace their recommendations, Tornatore said Perez disbanded the panel in early 2008.

Tornatore said that added insult to injury, and not long after, tired of paying approximately $2,100 a month in property taxes on his Franklin Avenue shop, he sold the building and moved his Gordon Bonetti Florist to 3,000 square feet of leased space on the Silas Deane Highway in Wethersfield.

His monthly property-tax bill there: $398, including real and personal property tax and vehicles, based on that town’s mill rate of $40.78 for every $1,000 of assessed property value.

“There’s not one thing that’s going to fix it,’’ Tornatore said, referring to Hartford’s high property tax rate, which currently sits at 74.29 mills, and bifurcated property-tax setup, which forces commercial property owners to pay a higher tax rate than homeowners.

The year after disbanding Tornatore’s group, Perez — who had some tax-reform ideas of his own, including an income-based property tax — convened another group of business leaders whose list of recommendations to tighten city spending also went nowhere.

Perez is running for mayor again after leaving office in 2010 amid a corruption scandal. In an interview, Perez said such citizen groups were well-meaning, but their recommendations were often too broad and tough to sell locally, let alone to state lawmakers.

“It was always ‘these are 10 things you can try,’” Perez said. “There was never a time I can remember there was total agreement on one agenda we could have gotten the administration behind.” 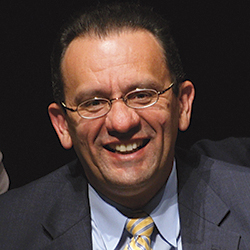 Those are just two examples of efforts in Hartford over the years to put smart people in a room to come up with ideas to bolster city finances, grow the grand list and make the tax system fairer.

The lack of meaningful results speaks to the complexity of the morass in Hartford, which has been created and compounded over the decades by the policy and funding decisions of state and city government alike, as well as by broader economic factors over which neither has much control.

The situation reached a breaking point in recent years, when the city neared bankruptcy, saved only by the state’s decision to pay off more than $750 million in Hartford’s long-term debt and interest over the coming decades.

Despite that financial lifeline, Hartford still owns by far the highest property tax rate in the state, which has stifled economic growth and isn’t likely to be lowered anytime soon. The city’s $4 billion grand list is 30 percent below what it was at the turn of the 21st century and 38 percent below its 1990 peak of $6.5 billion.

Meantime, 59 percent of the assessed real estate in the city is tax exempt because it’s owned by governments or nonprofits, and the city is home to one of the poorest populations in the country.

Many ideas have been pitched to reverse Hartford’s fortunes, but they’ve inevitably offended key constituencies, including homeowners, landlords, nonprofits, city unions or businesses.

Interviews with those who have been deeply steeped in Hartford’s tax challenges say there are no easy fixes.

Some say that truly moving the needle will likely require a “grand bargain” between many stakeholders. It’s been tried, but not successfully. 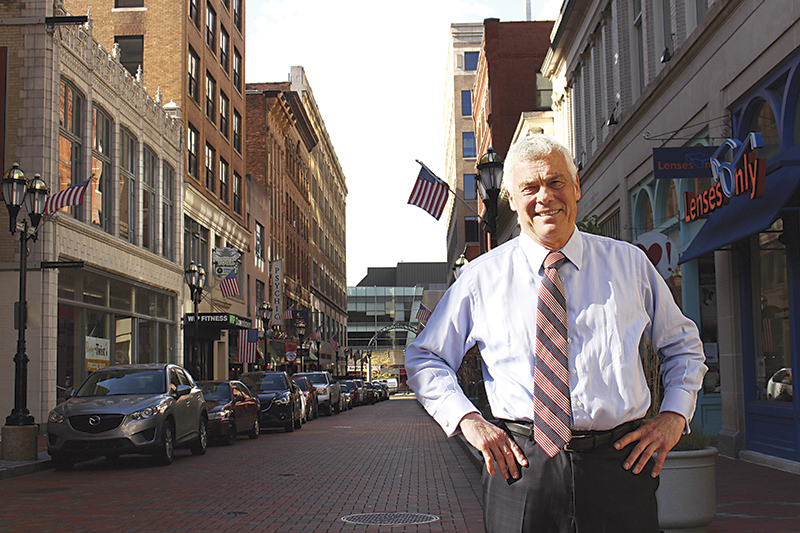 Oz Griebel says Hartford needs a “grand bargain” over its tax structure, but such a deal has proven elusive.  PHOTO BY HARTFORD BUSINESS JOURNAL

Oz Griebel, former head of the MetroHartford Alliance and a 2018 gubernatorial candidate, drafted a plan several years ago that aimed to achieve just such a bargain between the state, the city, and property owners.

Seeking to halve Hartford’s mill rate over 10 years, the plan called for the state to put its major Hartford office properties back on the tax rolls through sale-leaseback deals, as well as a number of tradeoffs between various property owners. It also demanded voluntary tax payments from hospitals and colleges — a topic that is a political third-rail in Hartford and many other U.S. cities.

The plan ultimately went nowhere, but Griebel remains convinced that a collaborative approach, where all stakeholders shed some blood, is the right course.

“If you’re not all in the room and not everybody is willing to give, then you’re not going to get to a comprehensive, sustainable solution,” he said. “Everybody has to understand the goal here is to have a higher assessed grand list.”

While no two cities are the same, Hartford’s struggles are not entirely unique. Some cities, almost always with the help of their state legislatures, have experimented with policies that might make a difference in Connecticut’s Capital City.