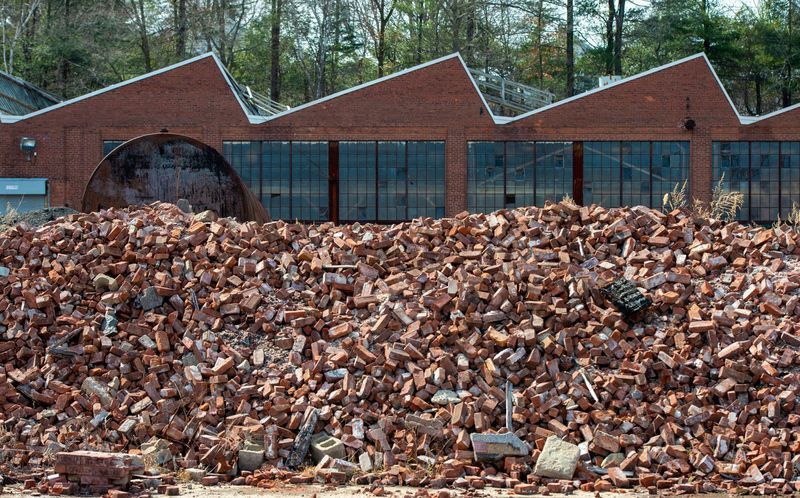 One problem with empty, blighted buildings? Knowing how many there are. 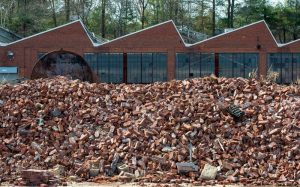 WATERBURY — There’s no telling how many empty industrial buildings are rotting away on polluted properties in Connecticut.

The brownfield inventory maintained by the Connecticut Department of Energy and Environmental Protection lists 516 sites.

But state officials admit that’s not comprehensive. Sites can only land on the list after state involvement in cleanup efforts. Given the state’s long industrial history, DEEP estimates there are “probably tens of thousands” of polluted sites. 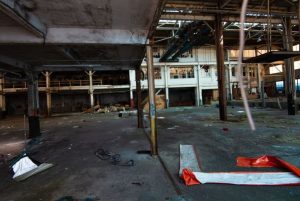 “We know there are thousands across the state,” said Maria Chrysochoou, director of the Connecticut Brownfields Initiative at the University of Connecticut. “Hartford, Bridgeport and New Haven all have hundreds. There really is no good way to know exactly if we are talking 1,000, 2,000 or 10,000.”

It’s an attempt to create a crop of experts able to tackle the problem. UConn students are working with Torrington to inventory that city’s polluted sites, including the Smurfit-Stone Container factory site. 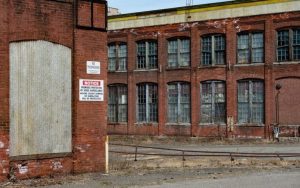 The Smurfit-Stone Container site in Torrington is among what state officials say could be “tens of thousands” of brownfields sites across Connecticut. The state officially knows of 516. Jim Shannon Republican-American

Historically, municipalities have been squeamish about taking on abandoned sites that might mean millions of dollars in cleanup costs, Chrysochoou said. Some site owners also don’t want to know what’s in the ground. It’s easier to simply keep paying taxes and let them sit idle, she said.

“It’s really up to towns to have discussions with owners like that and find ways to move them forward,” Chrysochoou said. “If an owner is there, they are afraid of getting into the process of investigation because then they will be on the hook for the cost of cleaning up.” 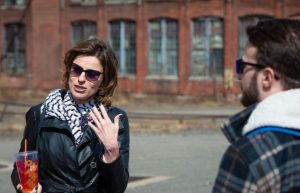 Maria Chrysochoou, head of the of the University of Connecticut’s Brownfield’s Institute, visited the Smurfit-Stone Container factory site on Summer Street in Torrington in March. The program hopes to grow a pool of experts who will know how to remediate and develop these abandoned factories.Jim Shannon Republican-American

Connecticut officials can’t say how many jobs are created or local tax revenue generated by the hundreds of millions of dollars spent on brownfields.

They have estimates of job creation based on a formula extrapolated from dollars spent. But the state doesn’t do any sort of post cleanup research on jobs or new taxes created.

State officials also can’t say how many acres have been cleaned up. The state’s accounting mingles acres where the extent of pollution was studied with sites where cleanup has actually gone ahead. 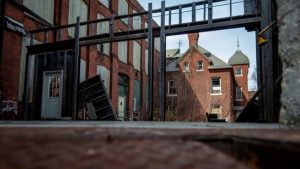 Connecticut Department of Economic and Community Development Deputy Director David Kooris said he noticed the lack of follow-up data when he joined the agency nine months ago. He hopes to do something about it, perhaps working with the UConn program.

“We need to put staff on it, work with our partners at UConn and do more of a post-state participation review,” Kooris said. “We don’t typically trail it after our involvement. We are ending up with a somewhat incomplete picture that is underrepresenting the magnitude of the impact.”

So far, the state’s only real metric for success has been how much money from “other sources” is spent on brownfield projects.

The state has spent approximately $206 million over the past decade, leveraging another $3.2 billion in other cleanup and development funds, according to DECD spokesman James Watson. That’s means about $15.50 is invested for every $1 spent through the brownfield programs, Watson said.

University of Connecticut economist Fred Carstensen said he’s disappointed, if not surprised, by the state’s metrics for success.

“That’s classic Connecticut,” Carstensen said. “How can you function like that? You need a systematic way of evaluating sites.”

Even the state’s spending ratio is suspect. It’s based on reporting from cities and towns and other applicants. Not all have reported in the same way. Municipal and private spending on brownfields in Waterbury, for instance, is dramatically underreported.

There are no shortages of examples of success.

In Waterbury, the biggest has been the transformation of 90 acres of rundown manufacturing buildings into Brass Mill Center mall, which opened in 1997, along with the neighboring Brass Mill Commons retail complex.

State and federal sources contributed $36 million for demolition and cleanup at the former Scovill Manufacturing site. The mall, along with its associated retail plaza, paid $4.8 million to Waterbury in 2016, according to the most recent tax records available. It’s the city’s third-largest taxpayer, behind Yankee Gas and Connecticut Light & Power.

About one mile east of the mall, the shuttered Mattatuck Manufacturing factory was torn down and replaced with a Waterbury senior center, a hospital annex and a funeral home. The cleanup lasted a decade and cost roughly $6 million.

DECD is unable to say how much state money went into that cleanup. The Republican-American reported that at least $2.4 million in state grants went to the project.

Annual property taxes paid to Waterbury on the former Mattatuck site increased from about $40,000 in 2003 to $281,455 this year, according to city tax records.

For decades, Mattatuck Manufacturing had been a big employer. The neighborhood could hear machinery thrumming at all hours as the plant turned out handcuffs, cash registers, toy trucks, thumbtacks and more.

Mattatuck Manufacturing closed in 1992. Property owner Gilbert Boutin partnered with the city on a cleanup effort that began a decade later. The senior center opened in 2013.

There were many hiccups along the way. Costs grew and the city clashed with Boutin. But fresh infusions of state cash saw the project completed.

John “Jack” Alseph, president of the East End Community Club, has lived in his grandfather’s Dutch-colonial on White Oak Lane near Mattatuck Manufacturing almost all of his 64 years.

Alseph recalled the neighborhood used to keep time by the whistles of shift change. He had worked in the plant as a maintenance supervisor. Alseph also watched the redevelopment.

“It’s vitally important because there’s only so much land,” Alseph said. “They aren’t making any more. You either start using what you have or you run out of everything.”