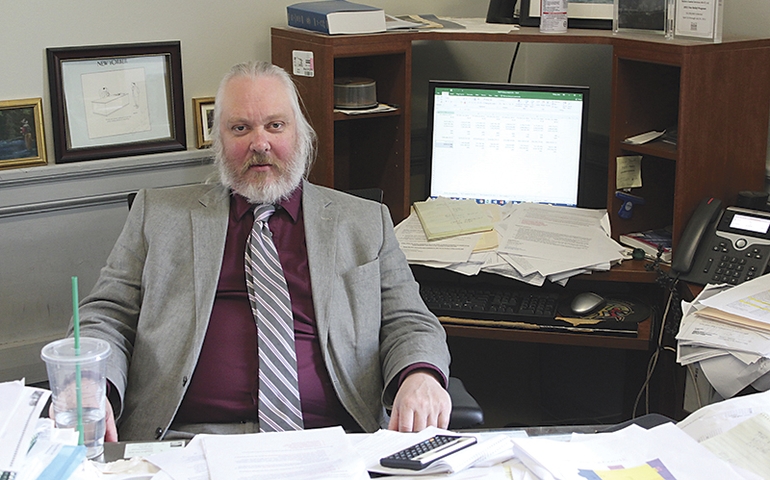 Hartford is the only municipality in Connecticut allowed to treat residential property owners differently from owners of commercial or industrial property.

That bifurcated structure, along with a 74.29 mill rate, sacks Hartford commercial property owners and businesses with one of the highest property-tax burdens in the country. Conversely, homeowners have tax rates on par or below neighboring towns. There is a formula in place that gradually raises the residential assessment ratio to 70 percent, but it will take decades before it gets there, according to City Assessor John Philip.

A number of groups over the years, including the MetroHartford Alliance, have called for equalizing the assessment ratios more quickly in order to lower the city’s mill rate and encourage more investment.

However, homeownership groups and even Mayor Luke Bronin raise a red flag to that idea, fearing it could chase out more of the city’s middle class.

Hartford already has the lowest homeownership rate in the state at 23 percent.

“I don’t think a five- or 10-year [phase-out] period is workable or responsible,” Bronin said. “There is a plan in place that moves toward equalization in the long term.”

The formula to phase out the differing assessment ratios incorporates the Consumer Price Index and other variables. The homeowner assessment ratio can’t decrease going forward, but it also can’t go up by more than 5 percent annually — something that’s happened only twice since 2011.

Philip estimates that if the city immediately raised the residential assessment ratio to 70 percent, it would allow the city to reduce its mill rate to about 59, slashing the commercial property tax burden by 20 percent.

Homeowner taxes, however, would climb 59 percent.

A scenario like that would be disastrous, said David MacDonald, executive director of the Asylum Hill Neighborhood Association.

He said the biggest challenge for Hartford is its high poverty rate.

Low household incomes means it’s virtually impossible to attract a sizable supermarket, or even a Chili’s restaurant, to Hartford.

He said the city and state should find some way to keep more of the wealth that Hartford employers generate inside city limits, akin to local investments made by gunmaker Samuel Colt and other industrialists of old.

“Now, in the modern economy, the profits leave the city,” he said. “As long as you’re not keeping the wealth in the city of Hartford, we’re never going to get out of this conundrum.”

Philip said Hartford ought to pick a fair and equitable homeowner assessment ratio — somewhere between 35 percent and 70 percent — and adopt it right away, rather than prolonging it over decades.

“I personally think residential taxes need to go up,” he said. “I don’t think where we’re at right now is tenable because the grand list isn’t big enough to support city government.”